Hi guys!
So the game got banned from the german Steam recently because they don't want to adjust their age restriction program to german laws.
This means that I can't buy the game via Steam anymore, even though I had it on my wishlist.
I'd love to pay for a Steam key because, if I get the key somewhere else, I can still redeem it on Steam and play the game.

Also I would support you guys.

Steam just doesn't want to sell it anymore because that's easier than changing anything.
So would you be willing to sell a key via itch or indie gala to me?
That would be great!
Thanks in advance :)

Hey, just wanted to say that I'm still interested in purchasing the game from you.

I agree that would be nice if the keys would be sold on other stores, too (namely here on itch.io or indiegala). The Yu Escape DLC is being sold on indiegala that's where I got it from.

So hopefully they will sell this game there, too.

Heya, so I played this game and it was really nice.

I wanna say that I found the 2nd pizza's receipt last but I managed to have the right order before finding it cause the 2nd pizza is the only leftover food, which I thought was a nice touch.

Heyho, Sesman!
Thanks for playing! Glad you enjoyed your lockdown! :)
Thank you for your feedback, too!
One thing about puzzle games is that it's quite hard to find a level that fits everybody - some like their clues more subtle, some like clear clues, and the placement inside the game plays a role, too. Also, sometimes our individual brains are awesome at one kind of puzzle but have problems with another :D
Your puzzle solving skills seem to be on point - have you tried the other Lockdown Lewd UP! games yet?
Check them out here: https://teamtailnut.itch.io/
Have fun, take care and stay funky!
Dez

Yeah, I know, I just wanted to give a different perspective to make sure.

Also, I played YU Escape / Monday and started to work my way trough the lockdown games in order. So far I found the ice cream puzzle in YU the most difficult.

The player isn't given enough info to beat the game. There is a vital piece of info missing: You have to order the receipts by date to get the code. Nothing tells the player this. The idea to do so didn't occur to me, so I had no idea how to beat this. The only way I knew to do this is because I clicked on the guide button.

Heyho, NobodyZero!
Thanks for playing and for your feedback!
Take care and stay funky,
Dez

Hey, I just want to say keep up the good work. without these games, i would be driven crazy. so thank you!

Heyho, SlipStreamOmega!
Thanks, my man. Glad they help you through these trying times.
Here's to hoping we make it to the other side.
Take care and stay funky,
Dez

Heyho, DoomGuy438!
Thanks, my man! :) Thanks for playing, we love you!
Also, now I want to play Doom :D
Take care and stay funky,
Dez

^_^ Loved the humor, it was very endearing. Sadly, I wasn't smart enough to figure it out without using the guide >_<

Heyho, YoungMrKusuma!
Thanks, man! Glad you enjoyed it!
It's perfectly fine to use the guide, that's what it is here for :)
Take care and stay funky,
Dez

im stuck on the code part can someone help

Heyho, MythicShades!
Sorry! You could try the Firefox browser, it somehow always works best for our games.
Have fun and stay funky,
Dez

is there a downloadable verision of these two games?

Heyho, thespyfurry69!
Right now, both games are browser only.
Thanks for playing and stay funky!
Dez 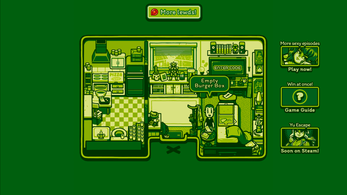 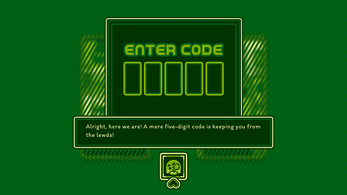 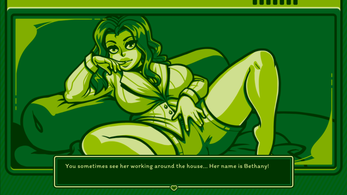 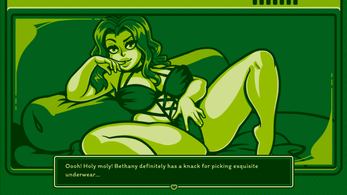 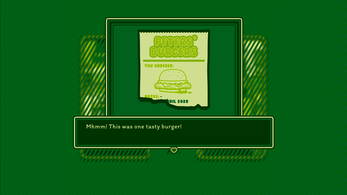